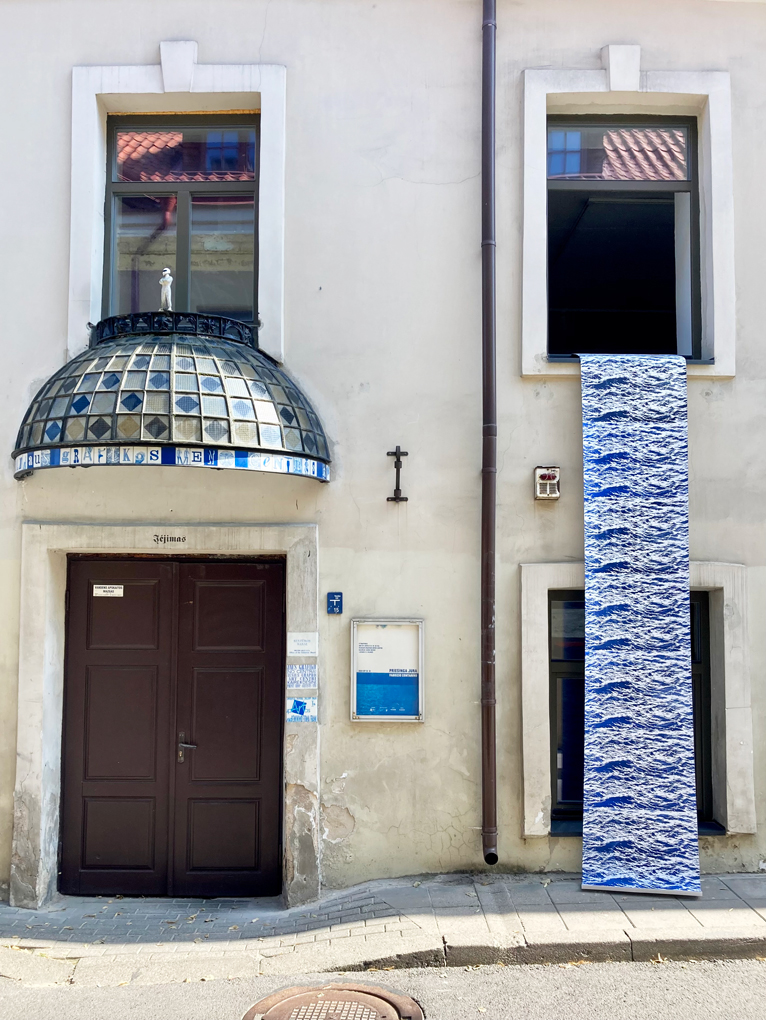 The opposite sea situates us amidst the waters of the Mediterranean sea and opens us up to the contemplation of infinite depths and movements. The sea is both a space of transit and a space of conflict, a door to freedom and a frontier.

Fabrizio Contarino offers us a different vision of the Channel of Sicily, a passage of 145km separating Sicily and Tunisia, Europe and Africa. To him, pausing to observe this fragment of the sea from the point of view of the Italian coast, is a recurring exercise; here, he proposes us to do the same exercise through a variety of devices, which include audiovisual instalations, sea cartographies and undulating serigraphies. The artist uses cartographies to delve into the seabed, its mountains, its abysses and its temporalities. His gaze evokes all the trajectories, currents and migratory routes that have plowed this fragment of the sea during centuries.

Through these instalations, the sea is approached as an abysmal and hypnotic space, as a location that entraps us in a contemplation that is endlessly deferred. The repetition of the same fragment of sea approaches the theme of migration in an emotional and poetic form, by recreating the sensation of a mirage or the vertigo of drifting away.

The pieces that inhabit the show reflect the artist’s singular form of working through images, which is made of three key moments: the observation of a fragment of space, its digital recording and subsequent elaboration and, finally, its manual re-elaboration.

Contarino proposes us to delve into a multiplication and repetition of images of sea, in this precise historical moment, in which we are exposed to the incessant flux of digital images, and in which it seems that no image is possible anymore. So why continue adding new images to this flux and submerge us into a visual loop? Through his practice, the artist explores what happens when an image becomes trapped in, and worked through, a digital medium and, subsequently, exits the screen and becomes tangible. In this game of manipulation through different devices, the artist confronts us with images that are full of depth, that become indeed fragments that are deposited onto our retina, and thus brings us close to the background noise that is generated by these images.

The potential of the show does not reside in proposing a closed narrative to the spectator or in revealing something to the public, but in generating a space in which everyone can call upon their own ‘sediments’ and powers of imagination. Repetition, overlap and illusion generate a wound in the readable, a wound in the hierarchical disposition of meanings. In this way, it makes us participate in the images, so that we can all elaborate their multiple meanings.

Our focalized, saturated, passive vision becomes thus free, as it gets lost amidst the waves. Our ‘peripheral vision’ – a form of seeing that does not neet to dominate the object – gets activated. And it is precisely there, in the periphery of the eye, that our exposure to the images of the show is situated; it is where the possibility of touching and of being touched and our capacity of renewed interpretation resides.

The opposite sea is an open and paradoxical invitation to ask oneself what the opposite side of the sea might be. This question opens up another perspective on our relation to the sea and on the phantasm of the migrant. Is ‘an opposite side’ of the sea possible? And, in case it were, how could we inhabit it?

From within that complex and uncomfortable space, where the repetition of images seeks to produce an interruption of our ways of seeing, Contarino offers us the possibility to discard prejudices and to start a common elaboration of another migratory imaginary.

The project is kindly supported by: 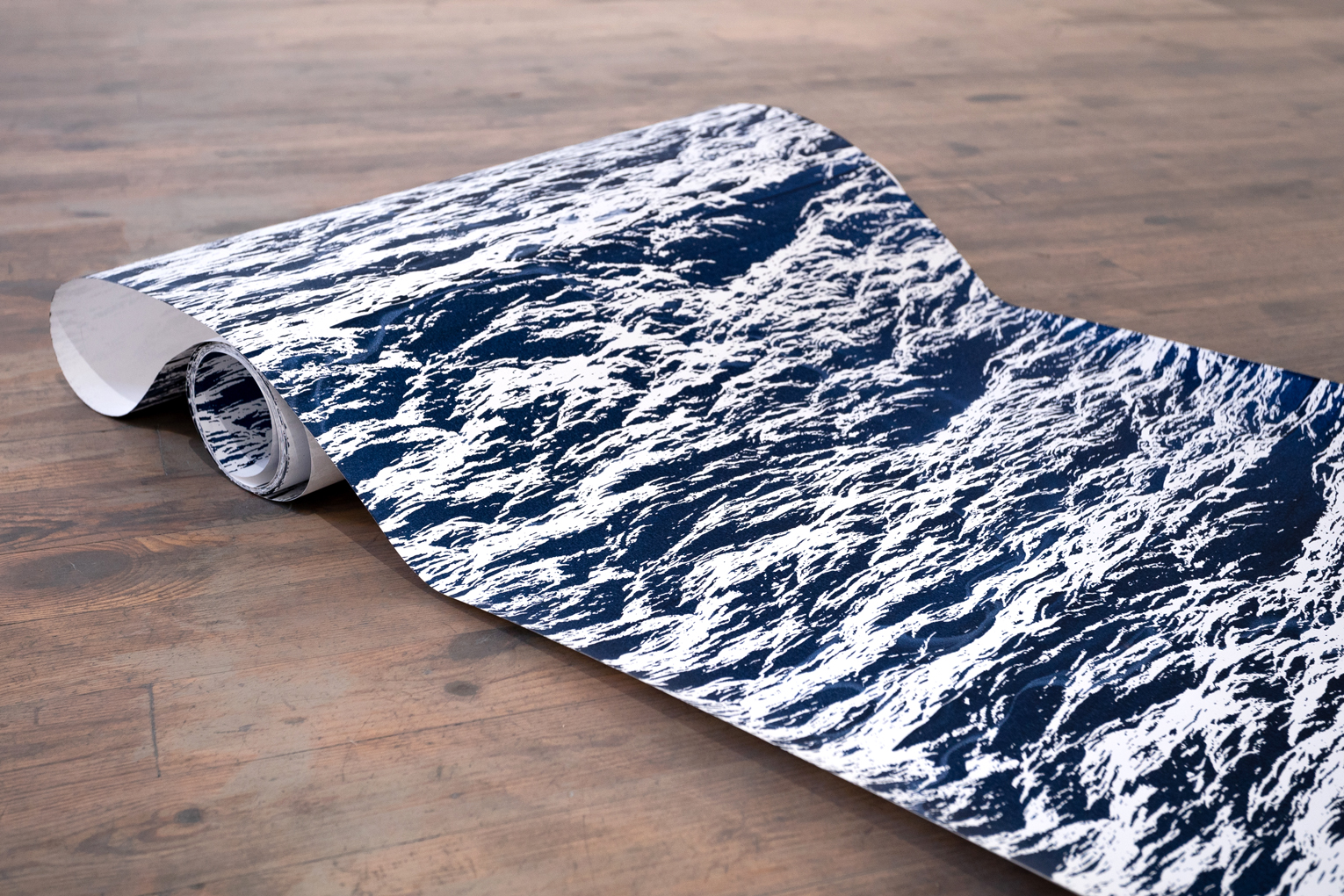 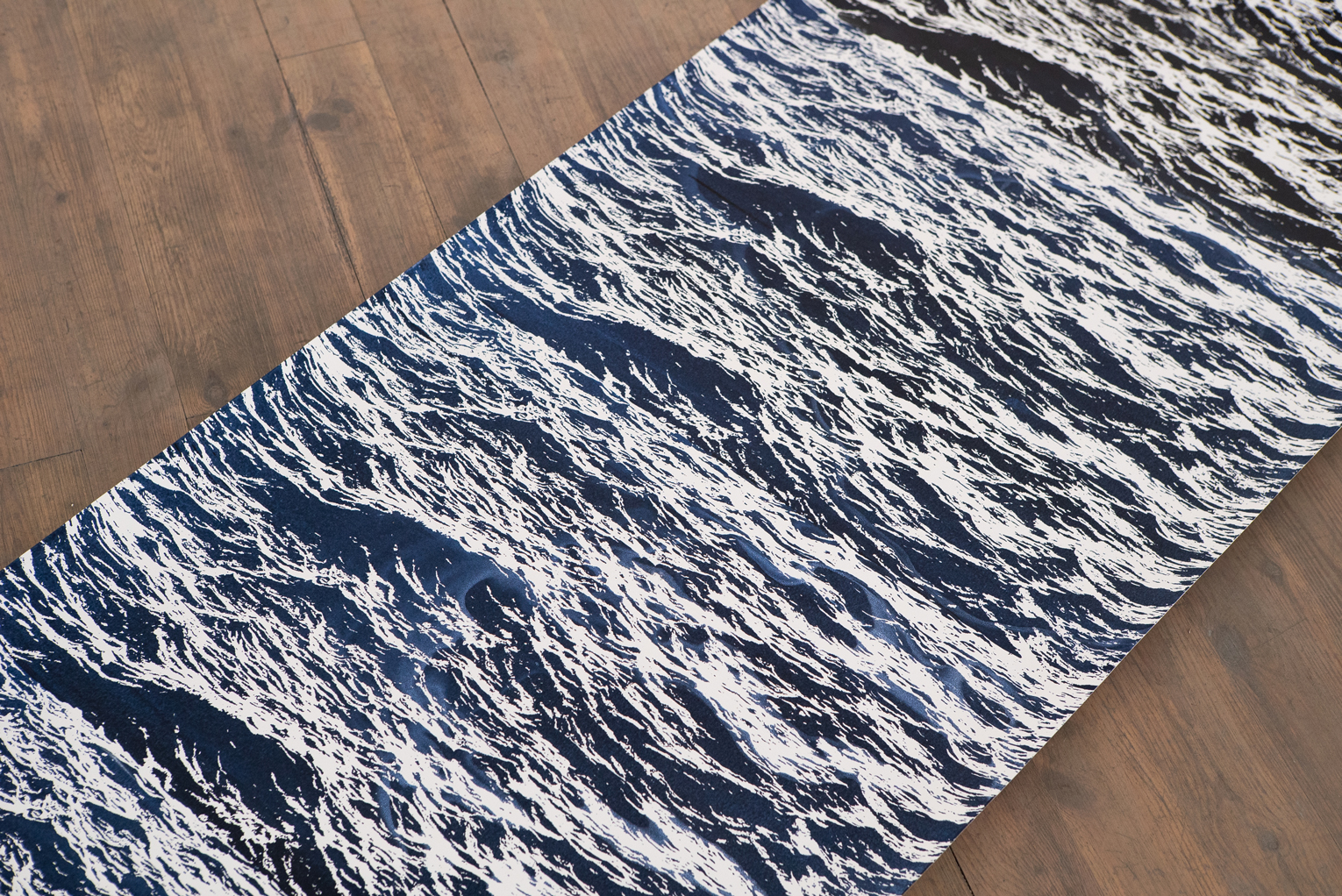 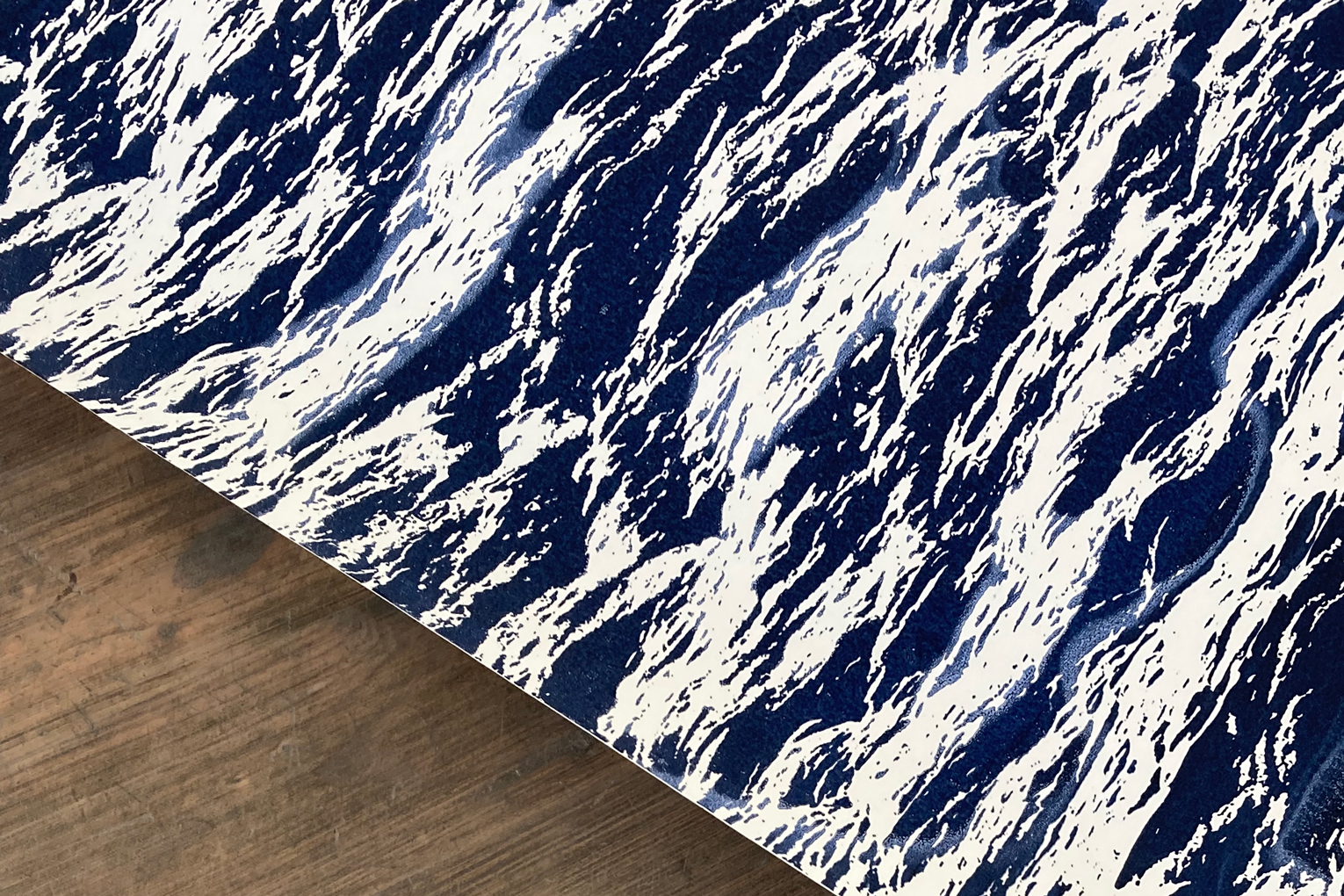 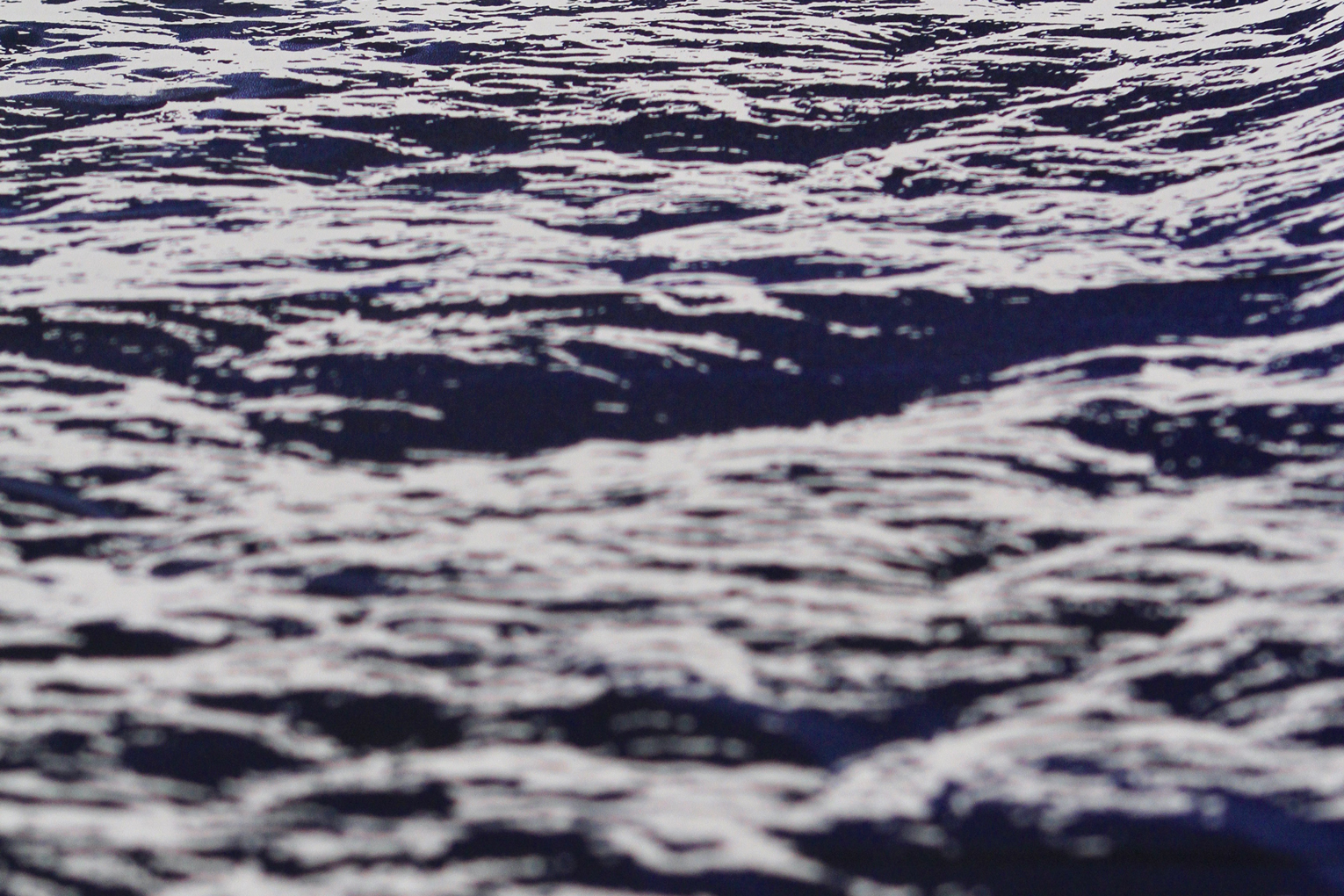 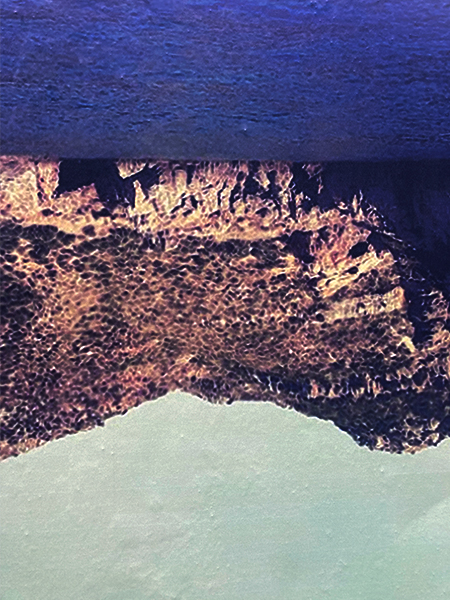 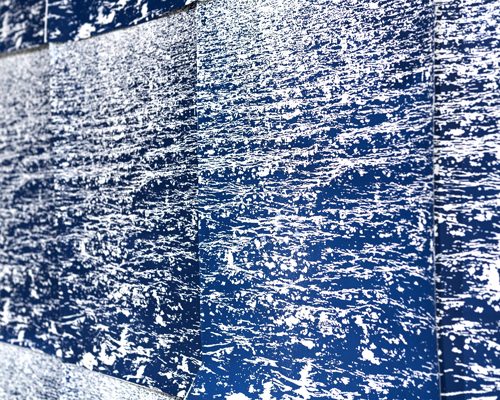 Between Waters and Walls 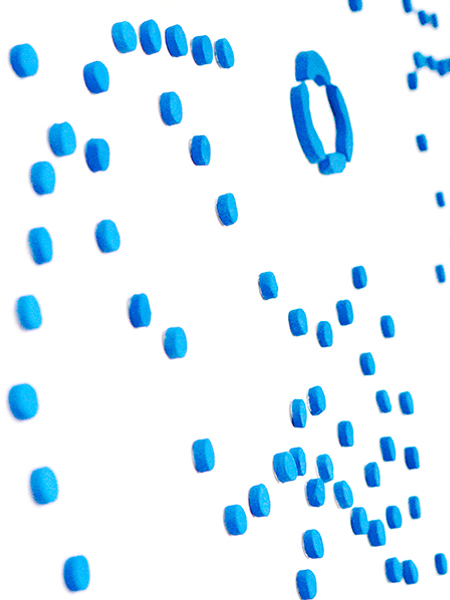 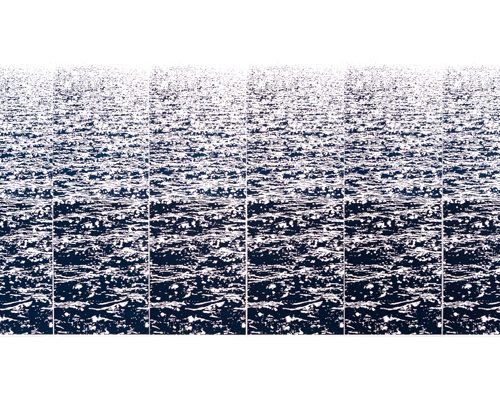 The opposite sea
Scroll up Drag View 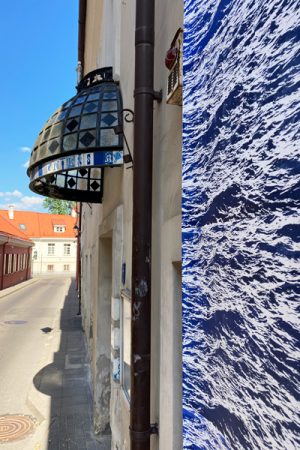 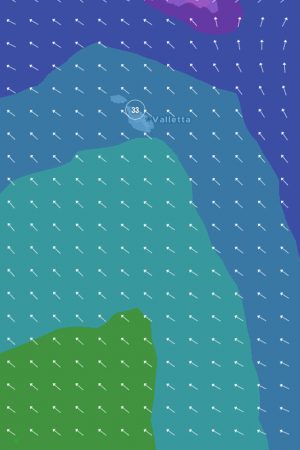